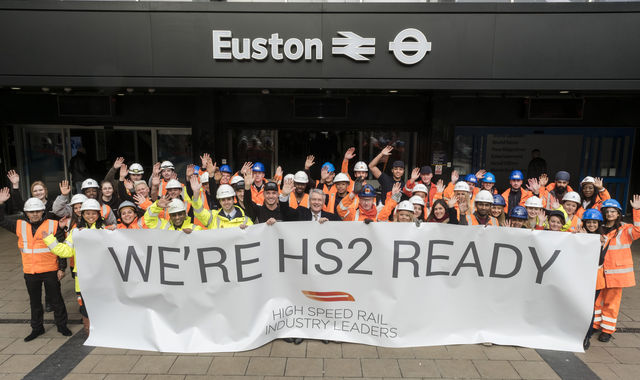 “Getting the go-ahead to start building HS2 is a massive boost to the UK’s future economic prosperity and a further clear signal that Britain is open for business.

HS2 will be the world’s most advanced passenger railway and the backbone of our rail network. Royal Assent is a major step towards significantly increasing capacity on our congested railways for both passengers and freight; improving connections between the biggest cities and regions; generating jobs, skills and economic growth and helping build an economy that works for all.

By investing in infrastructure the government is seizing the opportunity provided by leaving the EU to build a more global Britain. We will now press ahead with constructing the railway while continuing to ensure affected communities get appropriate support and are treated with fairness, compassion and respect.”

“Achieving Royal Assent for Phase One of HS2 between Birmingham and London with such significant parliamentary support, is a monumental step in transforming rail travel in Britain. We have a long journey ahead of us to build the railway and secure permission for Phase Two to make sure that the full benefits of HS2 are realised. This journey will see businesses right along the route benefit from greater access to the skills, markets and professional services they need to succeed in today’s global market. It will directly create some 25,000 jobs as well as forcing the pace of innovation in the construction industry.

Throughout this process HS2 remains committed to mitigating the environmental impacts whilst continuing to engage with each individual community which is making sacrifices to enable a 21st century railway network to be built in Britain.”

“HS2 getting the go-ahead is a triumph of spin over evidence-based policy, as the construction industry who have lobbied hard and completely fabricated the case for HS2 get what they want, the right to build their own gravy train with taxpayers money. Over the years, we have seen the costs of HS2 spiral as HS2 Ltd staff, many of whom are on secondment from construction firms, have happily allowed those same firms to keep going over budget, and this will get worse and worse as they are allowed to run their own kleptocracy.”

“It is a sad indictment on modern day politics that we have won all the arguments on HS2, every poll has shown increasing public opposition to this white elephant, and all the independent reports from experts have labelled HS2 a boondoggle, but we are stuck with it because vested interest groups lobbied for it and created political momentum which made it too embarrassing to cancel. Quite simply this is a terrible project which will not deliver on it’s promises, come in years late, miles over budget, create havoc during construction and has disastrous environmental consequences. The fight against Phase 2 of HS2 will continue, but on Phase 1, as all these things come to pass, all we can look forward to is saying ‘We told you so’.”