The Kop Hill Climb is a hill climb in Princes Risborough, Buckinghamshire.

The climb was originally established in 1910 but due to a minor accident involving a spectator on the public road that formed the hillclimb, the last competitive event was held on 28 March 1925. The RAC then banned all motor sport on public roads, making the Kop Hill Climb the last of its kind to be run on the public highways in the UK. Since 2009 Kop Hill has been the focus of an annual revival run as a non-competitive, charity event. 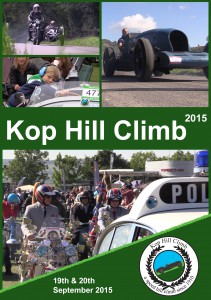